We all pretty much grew up with some type of fence nearby. Most fences we encounter are functional usually built to protect properties. People have been building fences throughout history and all over the world. Below a closer look at some interesting and famous fences around the world that have made history: 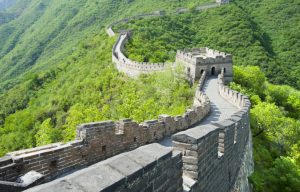 You have probably heard about the Great Wall of China. Historians believe construction started as early as seventh century B.C., with earlier walls being later connected. The wall was made of stone, brick,  earth, wood, and other materials. It was built along an east-to-west line across the historical northern borders of China to protect the area against invasions. One archaeological survey found that the entire wall was once about  13,171 miles long. The most popular section was erected during the Ming Dynasty (1368-1644), and runs for 5,500.3 miles between Hushan to the Jiayuguan Pass.  The wall’s height varies, from 15 feet all the way to 39 feet. At its widest point, the wall is 32-feet-thick. 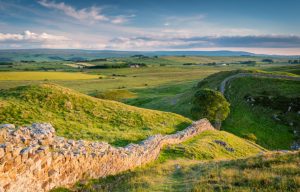 Construction on Hadrian’s Wall started around 122 A.D., according to historians. The Romans built it to fortify the Roman province of Britannia. Hadrian’s wall was made out of stone was about 73 miles long. Hadrian’s wall is located in England near the Scottish border. It stretched from Wallsend on the River Tyne  in the east to Solway Firth in the west. The wall was an active military line for some 300 years, according to historians. Once built, Hadrian’s Wall featured 80 small forts, numerous observation towers and 17 larger forts. the Wall was about 19 feet high in places and up to 10 feet deep. Many portions of the wall are still standing to today. 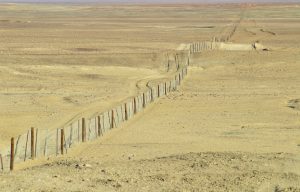 The Dingo Fence or Dog Fence in Australia was built during the 1880s and finished in 1885. The fence was built to keep dingoes out of the fertile south-east part of the continent to protect sheep flocks. It stretches over 3,000 miles through the outback making it one of the longest fences in the world. The dingo fence is mostly made out of wire mesh but some parts are a multi-strand electrical fence.

The heavy wrought iron fence that protects the White House is currently under construction. The new fence, which will cover 3,500 linear feet, will feature 2-inch pickets, with 5-1/2 inches between them to allow for maximum view, according to reports. The existing fence has 1-inch pickets spaced about 4.5 inches apart. The new fence will also be about 4 feet higher. President Thomas Jefferson erected the original post and rail fence around the White House in 1801. Some of the iron fence and stone piers added in 1819 still exist today.

Whether you are looking for an ornamental, wood, vinyl, chain link, or custom fence, we can provide you the style and designs that meet your required needs.

Over 40 years ago, Amko Fence Company began as a small shop that has since expanded to 2 locations serving South Louisiana with more than 30 employees. We have a customer service driven office staff that will take care of insurance requirements, OSHA safety logs, specifications, and all of our customer’s questions.

As New Orleans Fence Contractors, We Guarantee customer satisfaction with our quality work.. Call the Amko Fence Company Today at  (504) 468-9559 or visit bids@amkofenceco.com!